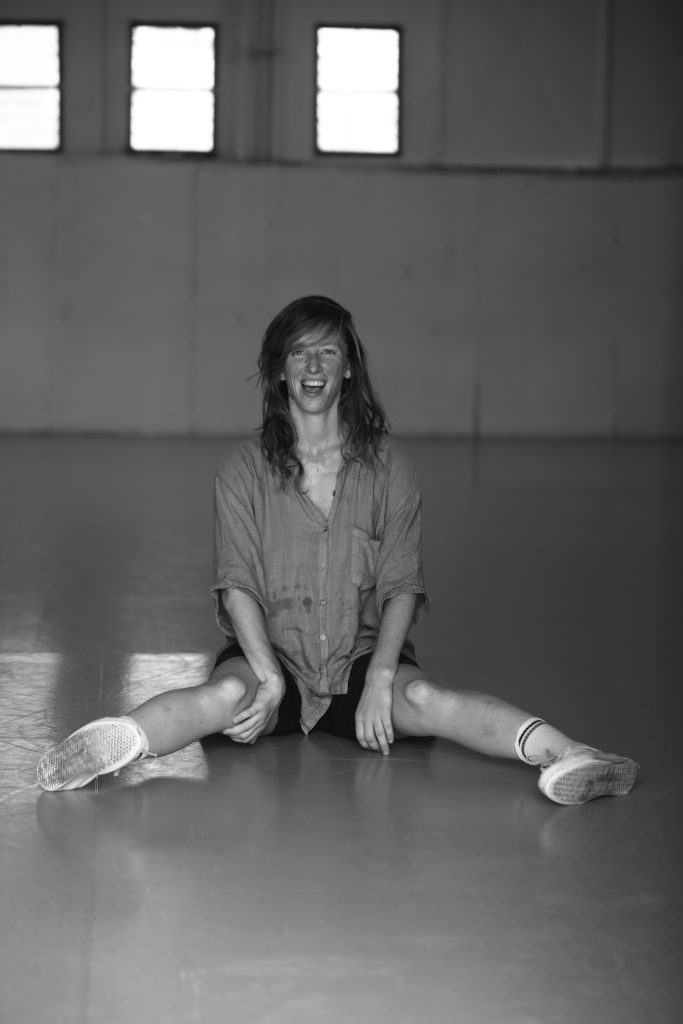 The class starts with a soft floor warm up, which focuses on giving weight, using the edges and joints of the body as an engine for movement, releasing muscle work, extending the body to space and more elements mostly taken from release technique and feldenkrais, adapted to my own research of the body and its possibilities.

As the class continues, we find our way up to standing, having some more dynamic & flowing exercises, in which I focus on different elements such as: moving in space, traveling to the floor and reverse, twisting the body, separation of body parts, increasing the rage of movement.

In those exercises, we play with different body qualities and textures in order to change the way we are approaching the exercise and the never-ending possibilities of the WAY we move the same thing.
After warming up and getting some high energy to the body and a strong connection to the impulses of the body, the second part of the class start, with a very open minded combination.

I first teach the material as is, then I start to let the dancers break those combination into their own interpretation and impulses. There are no counts and the main principle is freedom, and letting the body talk in real time, while “we” are observing it.

The purpose of this part of class is to work from impulses of the body inside the frame of the combination and not working from the mind or how we catch the movement we see in our brain.

This part of the class usually go very deep, physically and emotionally, and for some it is very therapeutic.

Roni Chadash
Born in 1990, grew up in Kfar Shmaryahu and since 2013 based in Tel Aviv, Israel.
In 2009, Roni graduated with honors from the dance department of Hayuval High School, Herzliya. After completing her military service at Unit 8200 (2009- 2011), she studied dance for one year at Vertigo’s training program followed by another year at Gaaton Dance Workshop (2011-2013).

In 2014, Roni created her first work ‘Spineless’, a video dance that got viral very quickly in Israel and aborad.
A few months later, she staged her first solo work, ‘Ani-Ma’, which received the prestigious award of ‘Shades in Dance’ competition 2015, Suzanne Dellal.

Since then, Roni continues to develop her unique movement language and her works are exhibited in Israel and abroad.

In her movement research, Roni is deconstructing the body into multiple joints that function independently. She is in a constant search for instinctive, emotional and raw motives for movements. Her works are characterized by the attempt to deconstruct the body, the movement, the image, the relationship between audience and performers and the act of the show itself. the way she deals with the body peels it from history, stereotypes and dictated labeling and confronts it with a naked present.

AS A TEACHER, Roni is teaching contemporary dance classes and Repertoire at the most prestigious dance schools in Israel, including: Gaaton Dance Workshop, The Maslool, Ironi Aleph Dance Department, Jerusalem Academy of Music & Dance and Vertigo Workshop. Roni’s classes are based on the physical principles of her language: discovering the instincts of movements, releasing muscle work and focusing on spine movement, using directions in space as a tool to find balance and going beyond physical limitations.