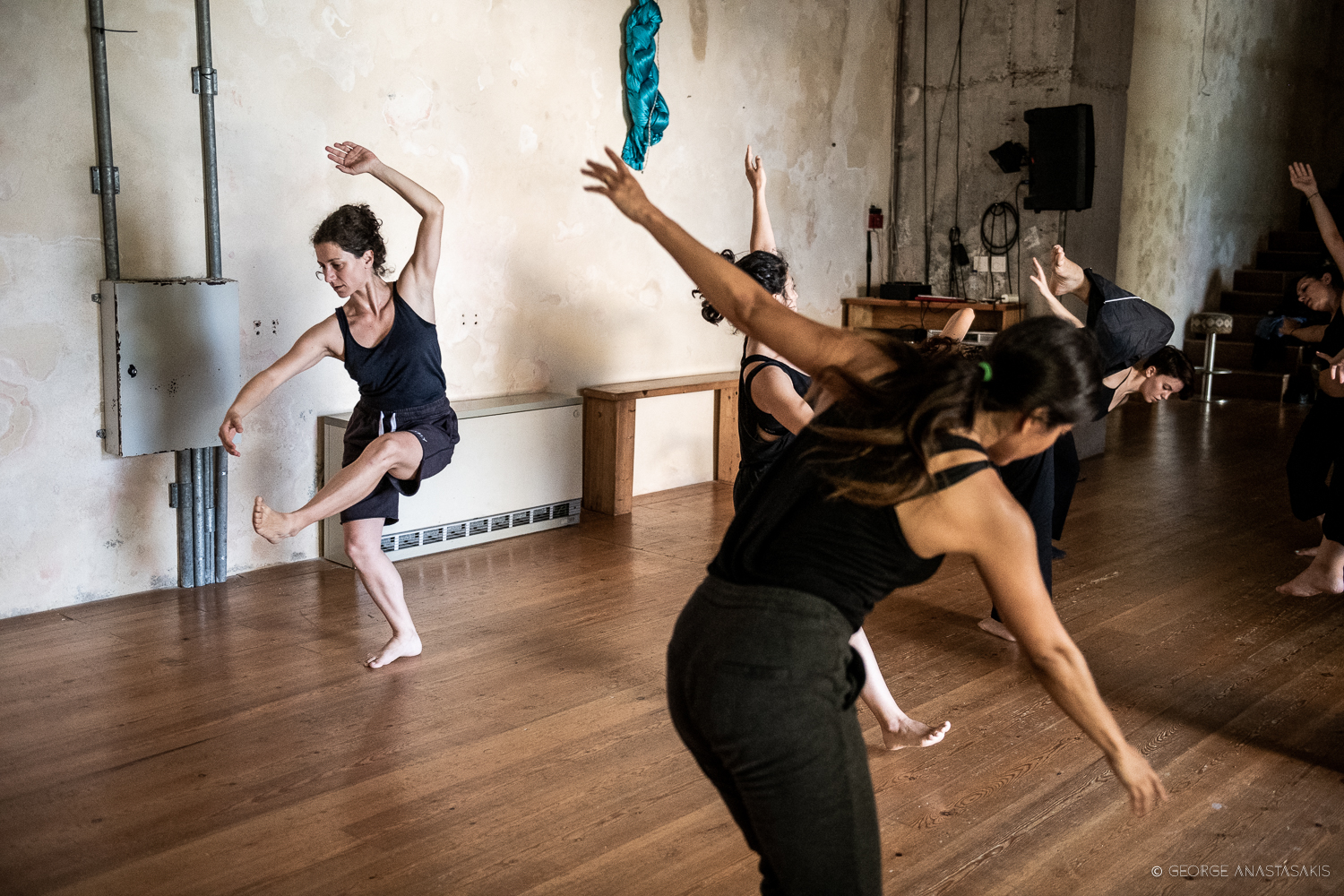 In this workshop the choreographer will share the tools that emerged from the four- year course of the research “apogeos” (from the earth) and its basic methodology.

The process will begin with the preparation of the bodies through basic mechanismsand exercises proposed by the “apogeos” technique and will continue with the introduction of rhythmic steps that promote coordination readiness and interaction with the earth, the space and the others. Kinetic motifs will be shared and will constitute the materials for exploration and experimentation leading to new kinetic approaches, spatial planning and syntheses. The materials will also be used for the complete “apogeos dance” that we will co-create and share at the end of our journey in a public space of the city. 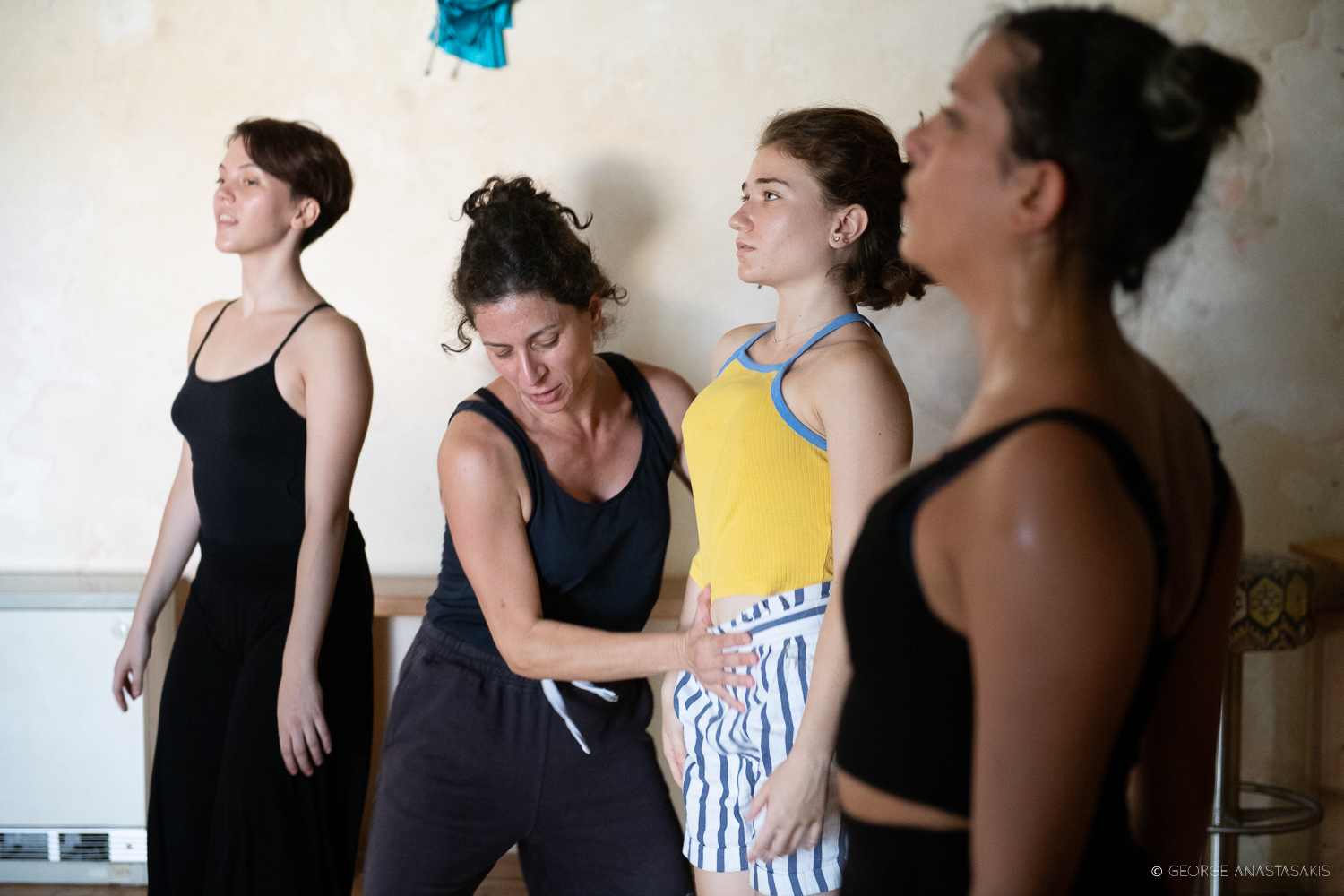 The research:
“Apogeos” is an attempt to create a new kinetic proposal by bringing a new awareness around the familiar and known kinetic actions. An exciting and inspiring tank for the research’s journey is the Greek traditional dances and rhythms. The research studies the influences that traditional dance can exert on contemporary but at the same time the ways in which the traditional is redefined through the contemporary.

Through the study of traditional dances and contemporary dance techniques common kinetic mechanisms and ways of using the body are revealed. The aim is to reveal the “apogeos” movement that is the movement that comes from the earth.

The research is conducted since 2014 by the choreographer Polina Kremasta and it is under the Auspices and the support of the Greek Ministry of Culture. 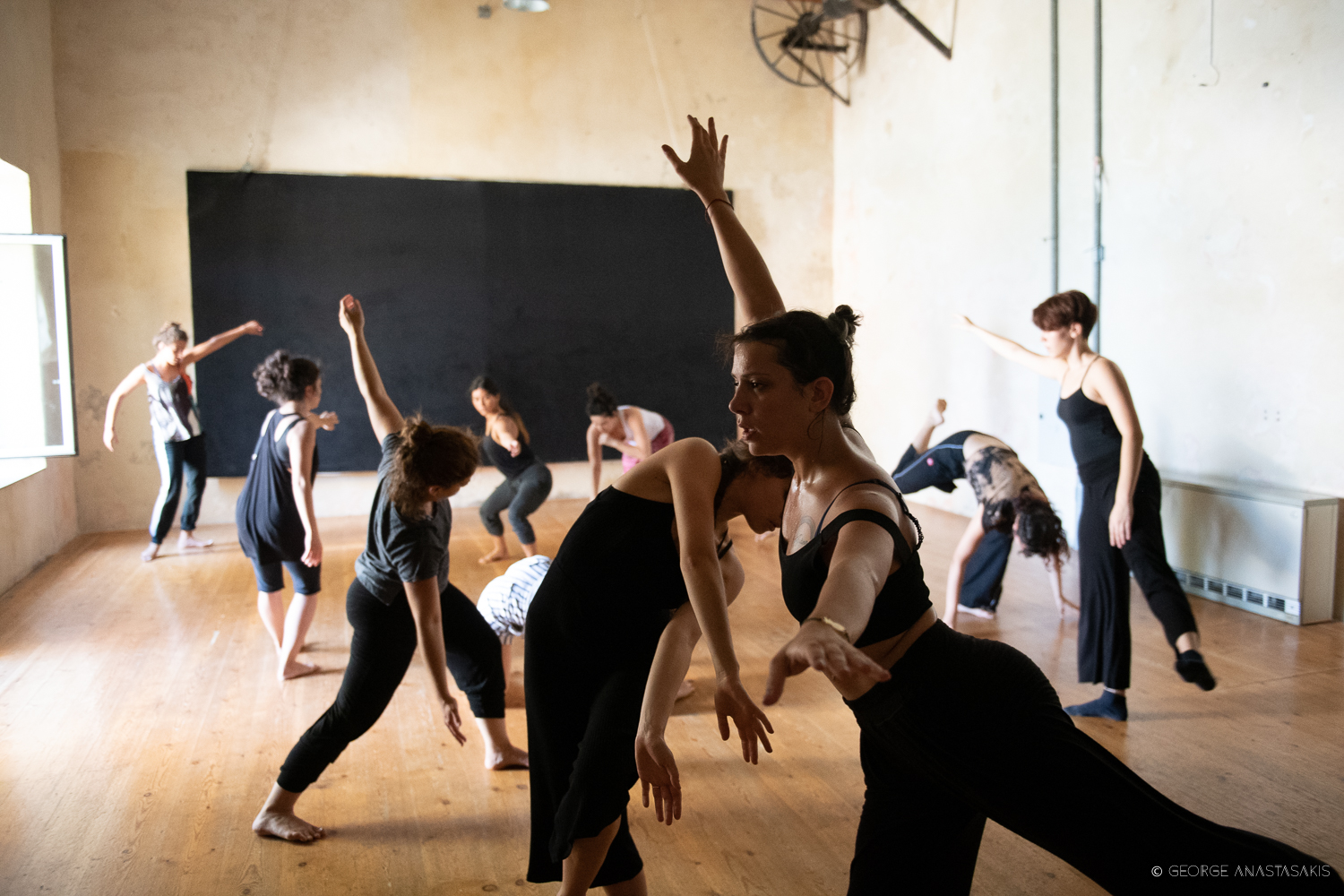 Polina was born in Thessaloniki. She graduated with honors from the Professional Dance School of “Rallou Manou”. She is also a graduate of Medicine Studies (University of Ioannina). She is currently a dancer and choreographer for the Creo dance company with several participations in local and international dance festivals (Insoliti International Dance Festival, Turin, Italy / Festival “La Becquée” Brest, France / Sarajevo International Festival, Bosnia and Herzegovina / Dance Festival of the Association of Greek choreographers, Athens / Kalamata’s International Dance Festival / Aeschylia Festival, ect). Creo dance company was given grants by the state in the years 2009-2010 and has been awarded with the first prize Silver Snowflake at the Sarajevo Winter Festival for the performance GODOT in 2012. At 2011 she was chosen by the Duncan Dance Research Center to represent Greece as a choreographer at the European dance project “homme@home” (Culture Program 2007-2013).

Her last performance “Apogee“ was chosen by an international comitee to participate at the Platform of Greek Contemporary Dance 2016 and at the 23rd Kalamata’s International Dance Festival 2017. The homonymous research “apogeos” which explores the birth of a new kinetic language, using the connections between contemporary and traditional dance, has the support and the auspices of the Greek Ministry of Culture. The new production “Voreades” has a grant by the state for the year 2017-2018.

During 2012-2017 she has coordinated, in collaboration with the Duncan Dance Research Center, Skytali (Relay) an educational program for dancers and public schools, instilling the love for movement into the community. Skytali is an approved program by the Hellenic Ministry of Education and was chosen as one of the most inspired programs in Europe by the EDN dance houses network.

The last three years she is working on another research based on the production and the manipulation of sound with the dancer and musician Giorgos Amentas (project Track). 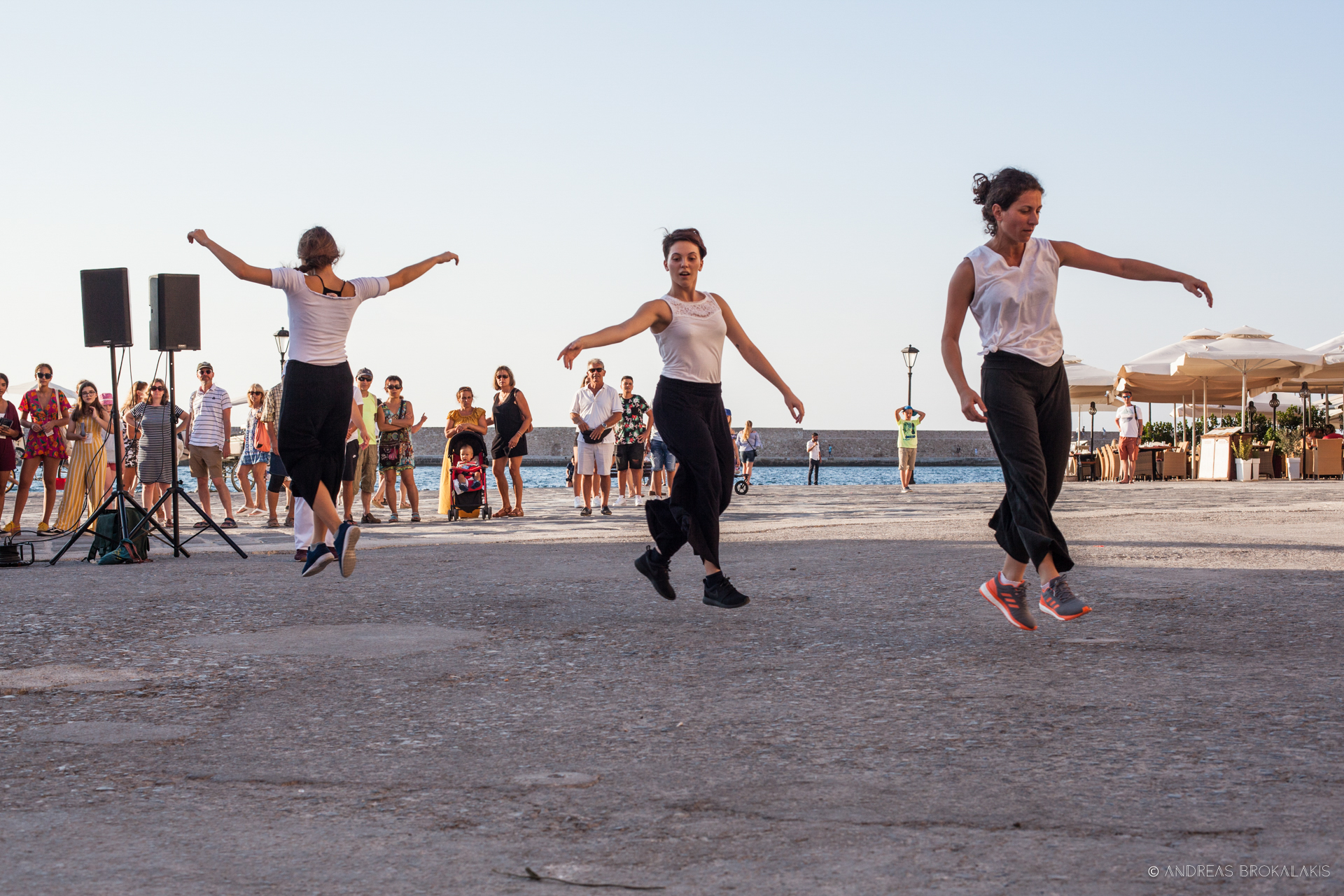 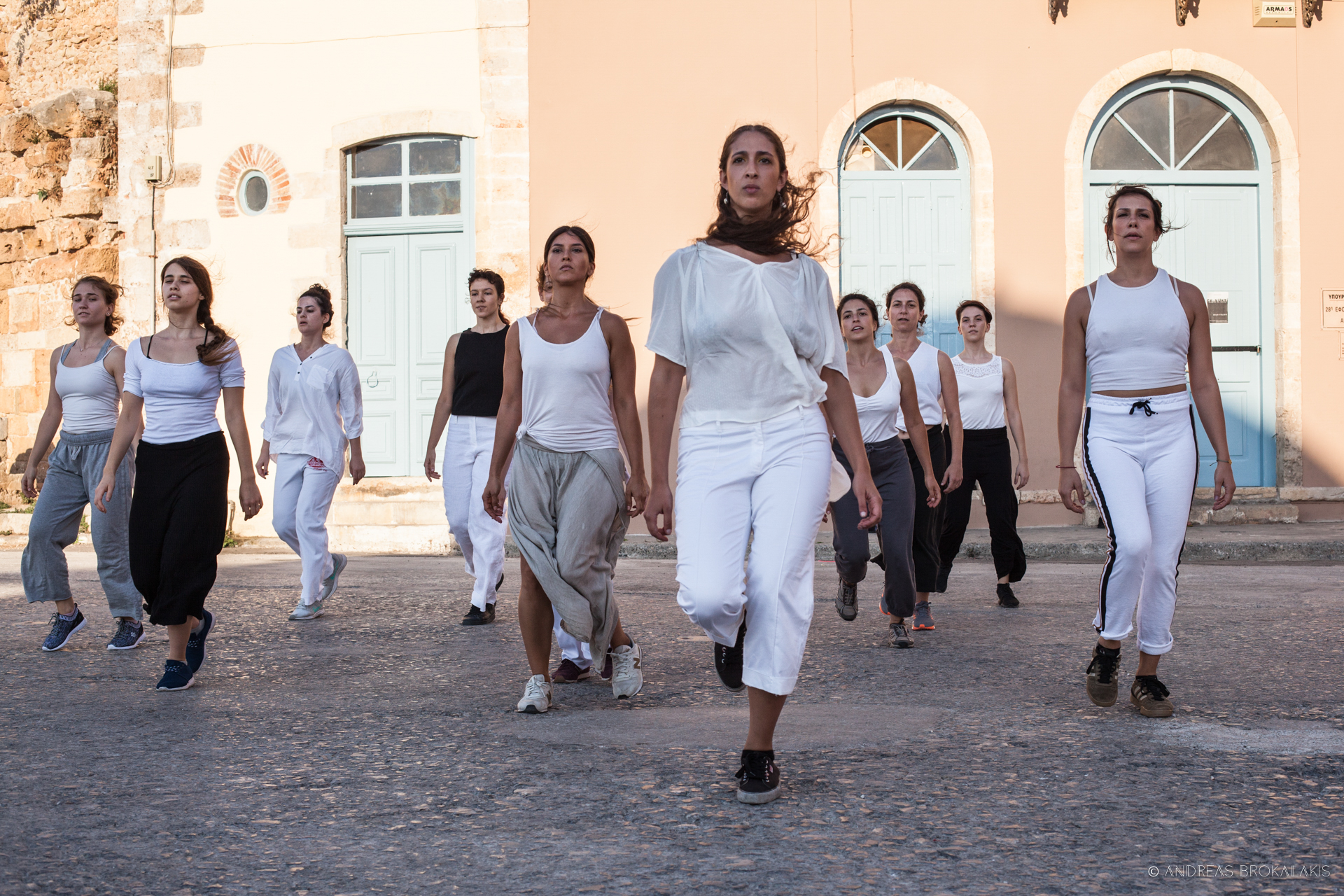 For all information and registrations email to dd.ch.workshops@gmail.com 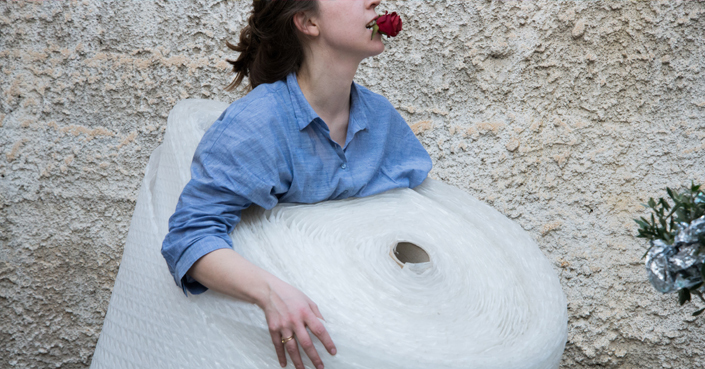