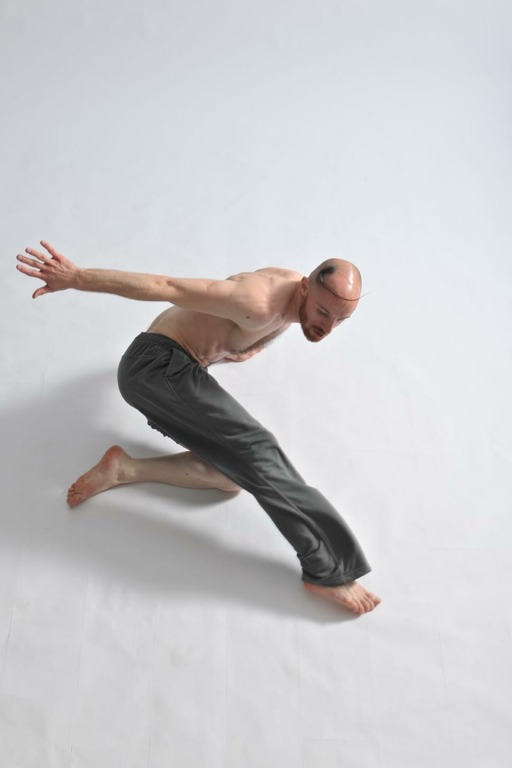 For years you have learned different movement vocabularies and styles; you have delved into codified techniques: ballet, gaga, Graham, fighting monkey, etc; along the way you have trained coordination, strength, flexibility, speed and you have learned countless exercises to improve these basic human skills to master them and incorporate in your practice. As a by product of all that learning, you have heard of resilience, playfulness and performance presence, but…

– How do you train such foundational trades which are at the core of any performing career?

– Which youtube or facebook video shows you how to work something as essential as ownership in 90 seconds? 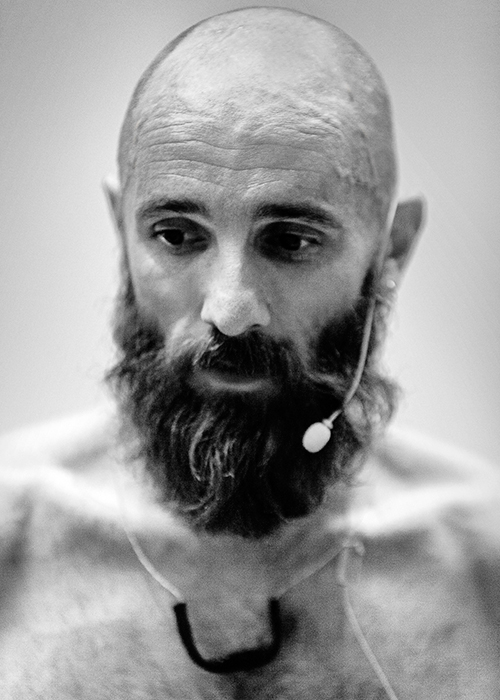 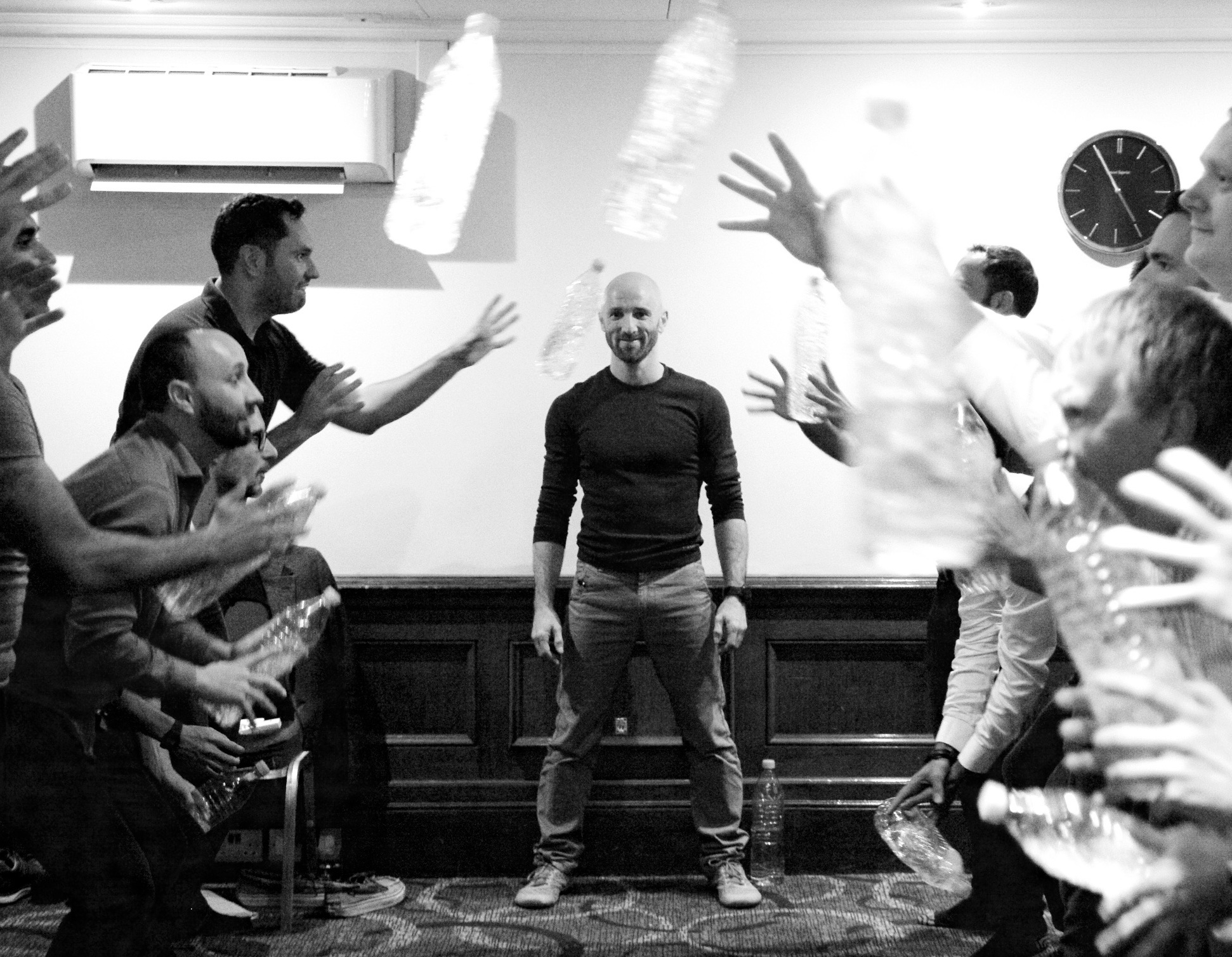 Over the last 2 decades advances in neurosciences, anthropology and phenomenology have allowed us to pin down the non-ordinary state of consciousness associated to peak performance presence. In this Towards Vivencia workshop we will touch briefly on how your nervous system works, but we will mainly jump, run, dance and climb to explore the limits of our bodies to train resilience, we will work on apnea to push our frights and insecurities, we will spin for more than 20 minutes to experience how it feels to fly and we will play so hard that we will understand how to transform any class, rehearsal and performance into a game.

This workshop will concentrate on how to locate and train that moment in performance which is the holy grail to anyone within the performing arts; what dancers, actors and singers alike are constantly searching for; where the ‘magic’ of live theatrical performance resides, that state of mind associated with peak performance presence.

Towards Vivencia uses the extreme engagement of the body as a gateway to exploring the whole spectrum of what it means to own one of the most powerful and precise machines in the entire universe: your body. You will be pushed into a unique performative state of mindful awareness and therefore pushed to exercise what is at the core of your performance: your own state of mind.

– A choreographer with a PhD. An athlete’s mind in a dancer’s body –

Jorge’s work is renowned for merging the athleticism and excitement of sports with the compelling visuals of an art installation. He is passionate about showing off the dancers as resiliently virtuosic individuals that together forms a strong and compact team. Jorge holds a degree in Sport Sciences and studied contemporary dance at the Royal Conservatory of Madrid. After working as a professional dancer for different companies throughout Europe, he became a full-time lecturer at London Contemporary Dance School (The Place) for four years. Currently, Jorge is an award winning choreographer whose work has been performed in the main theatres around the world: from the prestigious New York City Centre (USA), to the avant-garde 798 District in Beijing (China) or Sadlers Wells and the Royal Opera House in London (UK). Following this motto and based upon his synthesis of sport and dance movement patterns, Jorge founded SQx (somoSQuien eXperience) leading workshops internationally and coaching professional companies such as Akram Khan Company, DV8, Punchdrunk, Rambert, etc.

Over the last years Jorge has been commissioned by companies such as: Scottish Dance Theatre (UK), Beijing 9 Contemporary Dance Theatre (China), Acosta Danza (Cuba), among others. His work has been described as: “irrepressible good fun” (The Guardian), “perfect” (The Independent) or “a Sudoku brought to life” (Londondance.com). His latest creation for the company directed by Carlos Acosta has been awarded as the best dance piece presented in Cuba in 2017. In 2014 Jorge co-founded min tala, a Pan-Arab dance company that uses contemporary dance as a peacekeeping, personal and professional development tool in areas of conflict in the middle East. He also served as Artistic Director for Aerowaves Festival in Burgos in 2011.

For the last 20 years, Jorge has been working to crack the secret of how to replicate altered states of consciousness through very accessible but highly effective body routines. This has resulted in a cutting-edge methodology that has been published in the form of a doctoral thesis. In 2018 Jorge has been awarded a PhD by Goldsmiths, University of London. Due to his outstanding work in dance research, he has been appointed as a Visiting Fellow at the University of Derby. Jorge also applies this research to music and film personalities. 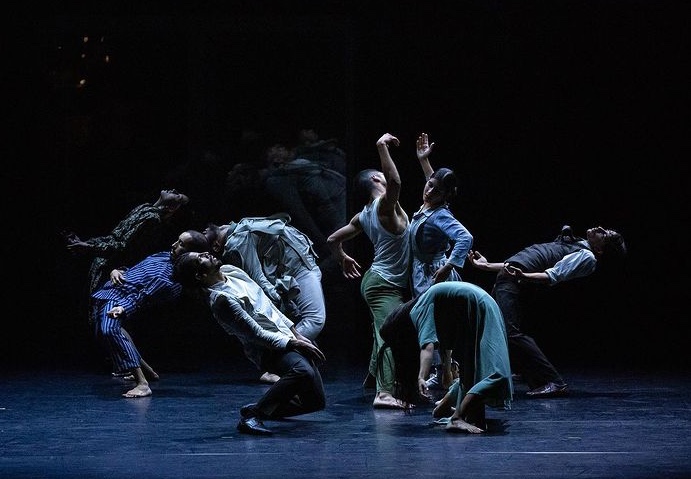 Next Dance Company Teatro Mayor – «Even night herself is here» masterclass