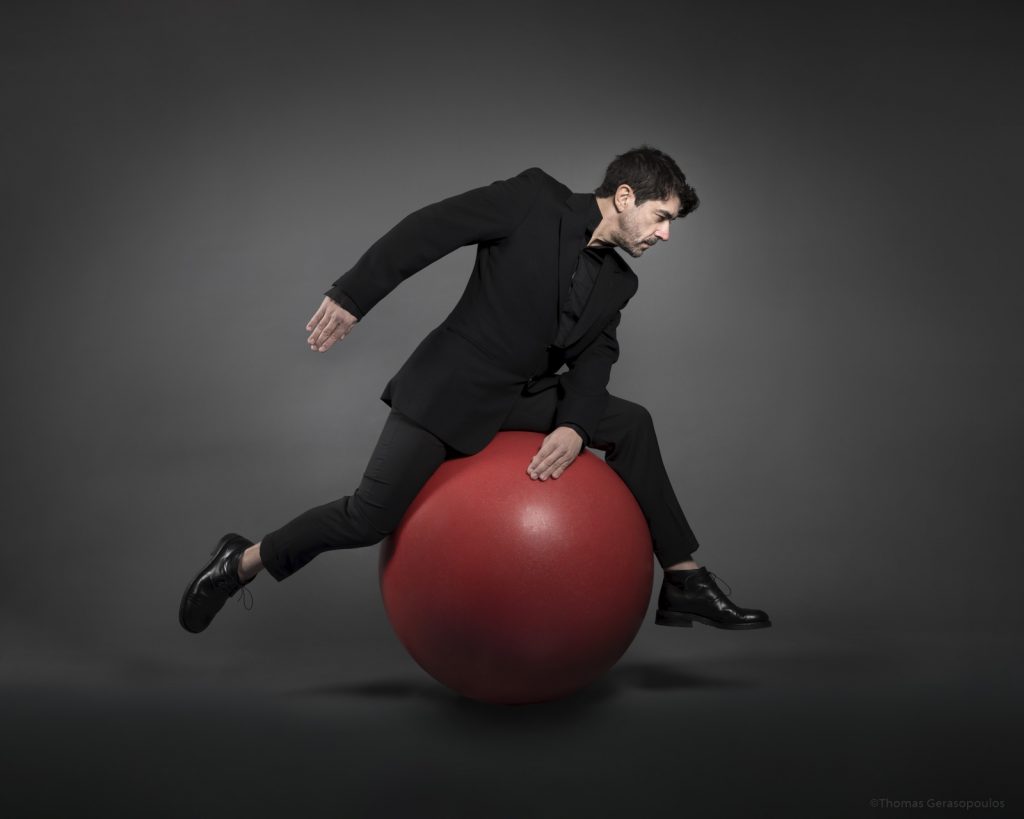 A man and a ball… they move in an orbit which is formed while he tries continuously, in distress, to find balance. In this orbit, the subject and the object develop a mutually dependable relationship, expressed through a direct physicality. The ball can constitute a symbol with a double meaning, so we can have two interpretations: on a first level, it represents the closed space of an inner, protected, “pre-social” state of mind, in which the simplicity and freedom of existence is hidden. Man strives to balance his deepest dreams and desires with the logical reality of adulthood that confines him. On a second level, the ball represents another body, another entity, which the man attempts to “gain access to”, understand and also join in its course. He tries to make this other body his and finally balance on it, wanting to get closer to his “original” self and achieve self- actualization. However following this orbit is a lonely, strenuous and painful process. The body struggles, hides, hesitates, reconsiders his actions and tries again. The human and the ball interact and form together a “landscape” based on empathy. In the end, it doesn’t matter if the ball symbolizes an enclosed inner space of personal freedom or another body used as a means of reaching self-actualization; the wanderer turns, through memory, to a more spontaneous and innocent self from which he had moved away. This is the key to balance on the ball and, in this manner maintain ontological unity. 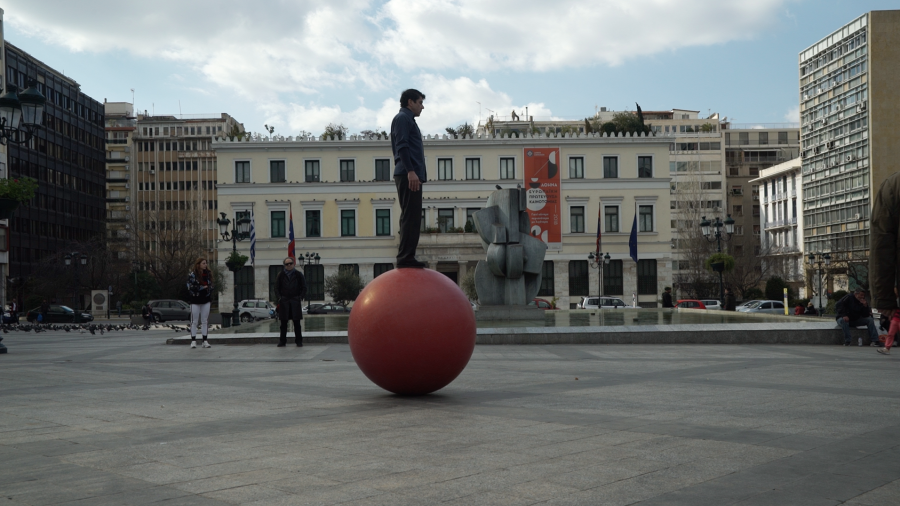 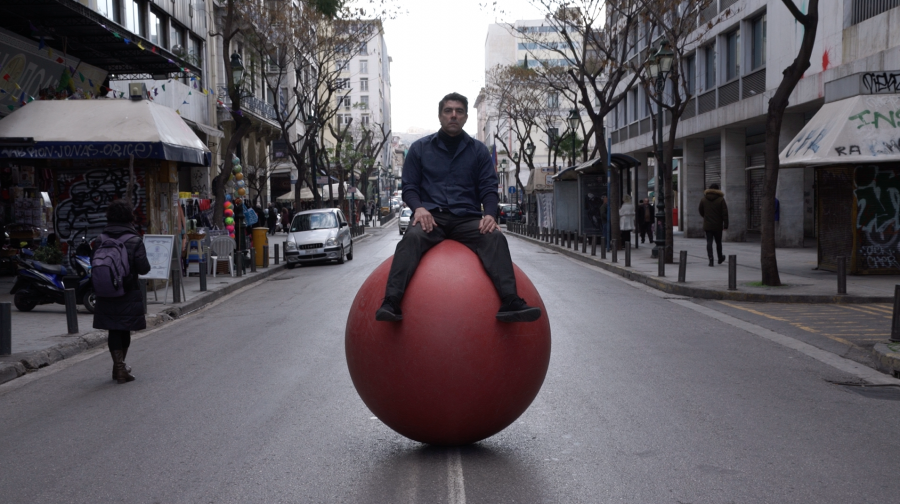 Once a reasonable mind has lost its power in such a way that each information allures high voltage current that penetrates   very cell, then it begs for sympathy from that part of the body to which it connects, not other but the heart. Heart interprets with simplicity and love every stimulus of the environment in a circular and fluid way like the body liquids which we carry, with dignity and credibility that never shall they dehydrate or remove our volume in such a way to call a definite fall from our orbital that we have chosen. The only valuable seems to be balance. 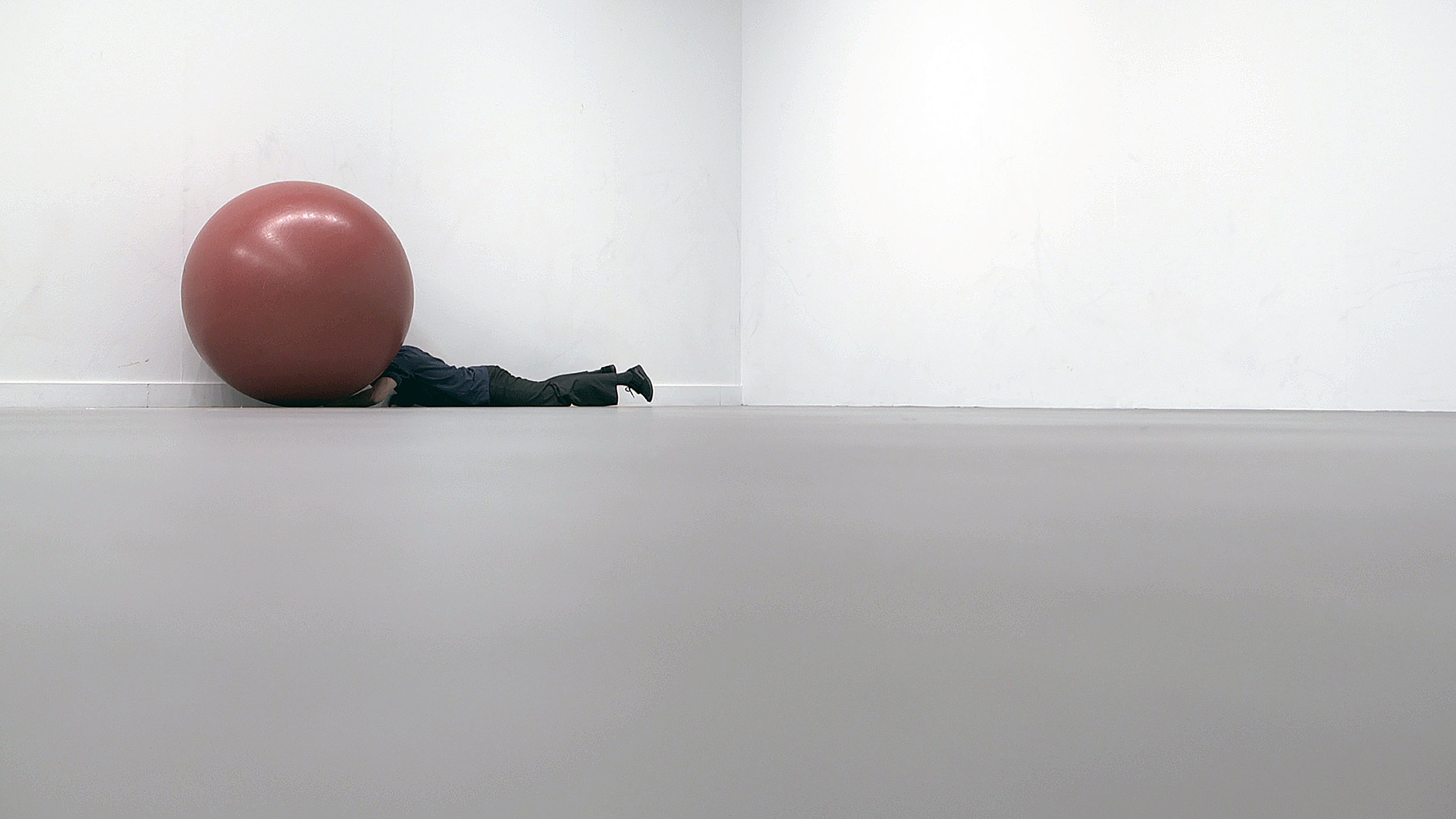