Rita Góbi’s performance presents the intermediate state of “already not here” and “not there yet”, by guiding us in the world of metamorphosis. For this production Dávid Szegő composed the music by using Morse code sounds and noise sounds, both acoustic and electronic ones; these are the reference points for this dance performance that was designed based on minimal tools but that leads to a full theatrical presence.

Volitant was included on Aerowaves Twenty 18 list. The production received the Rudolf Lábán Award for the best contemporary dance performance in the 2017 season, Budapest and was also awarded First Prize for the most successful performance as a whole at the 45th Infant Festival in Novi Sad, July 2018. The performance was awarded the Special Prize at the Festival de los Sentidos organized in Valencia, May 2017. 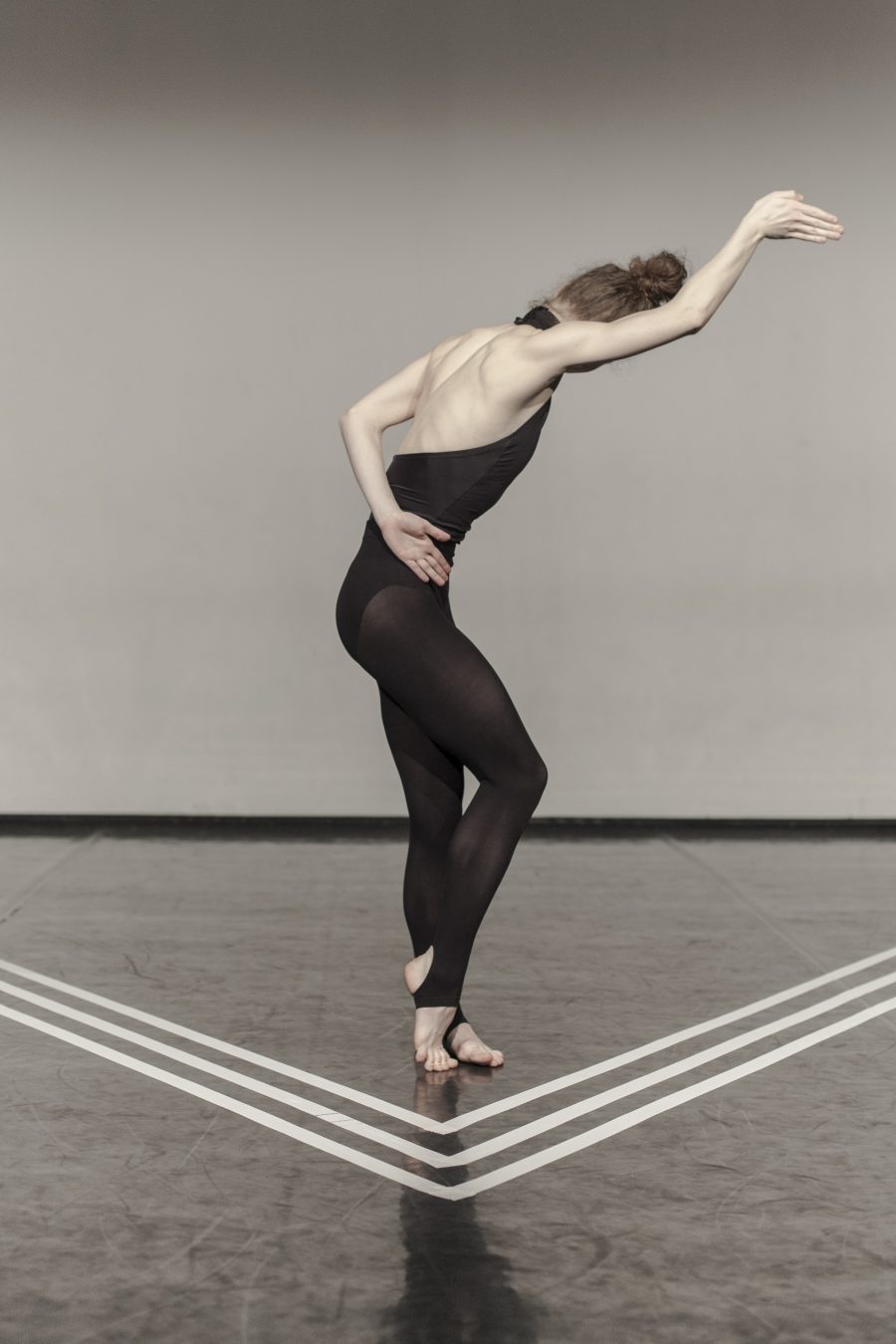 “Cleverly lit, and set against Morse code-inspired electronic compositions by Dávid Szegö, Volitant is an uncanny game of the mechanical and the natural. Góbi is at once human and machine, animal or alien. Her raw energy never loses its tight grip as she slowly turns this scathingly beautiful solo into a true cyborg manifesto.” – Evgeny Borisenko

“This is a solo of great discipline, flawless from start to finish, without an iota of idleness. It is concise and compact.” Csaba Králl, critic

“It is hard to talk about Góbi’s performance without talking about her, as Rita Góbi and her performance are one and the same.” Márta Péter, Tánckritika

“Rita Góbi’s explosive solo dance is filled with subtle associations: it is not hard to discover a futuristic interpretation, a kind of science-fiction remake of the Dying Swan: but instead of soft and lyrical tunes, it is performed to Dávid Szegő’s harsh, repetitive and robotic noise sounds.” Tamás Halász, Színház 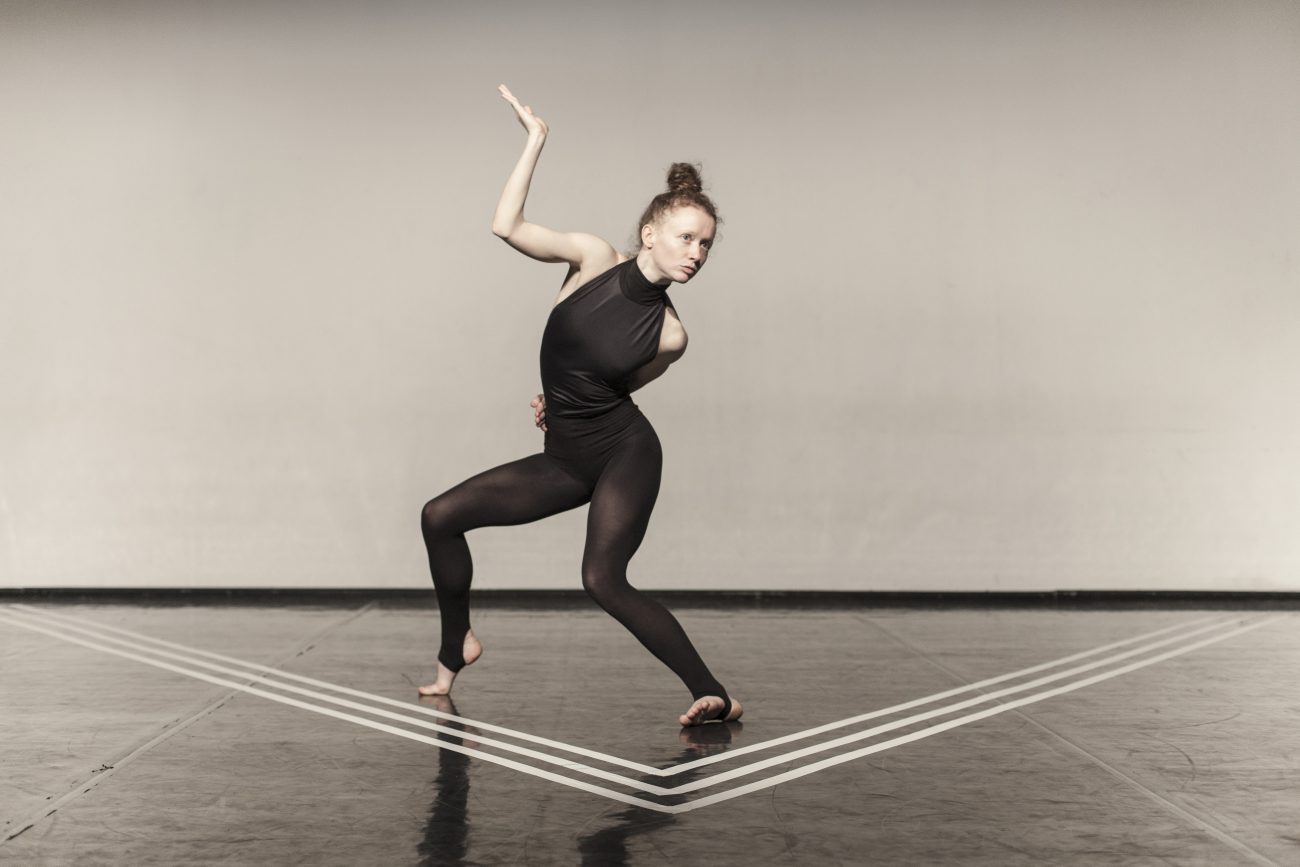 Tickets: 12euro regular – 9euro student,unemployment [for both performances of the evening] 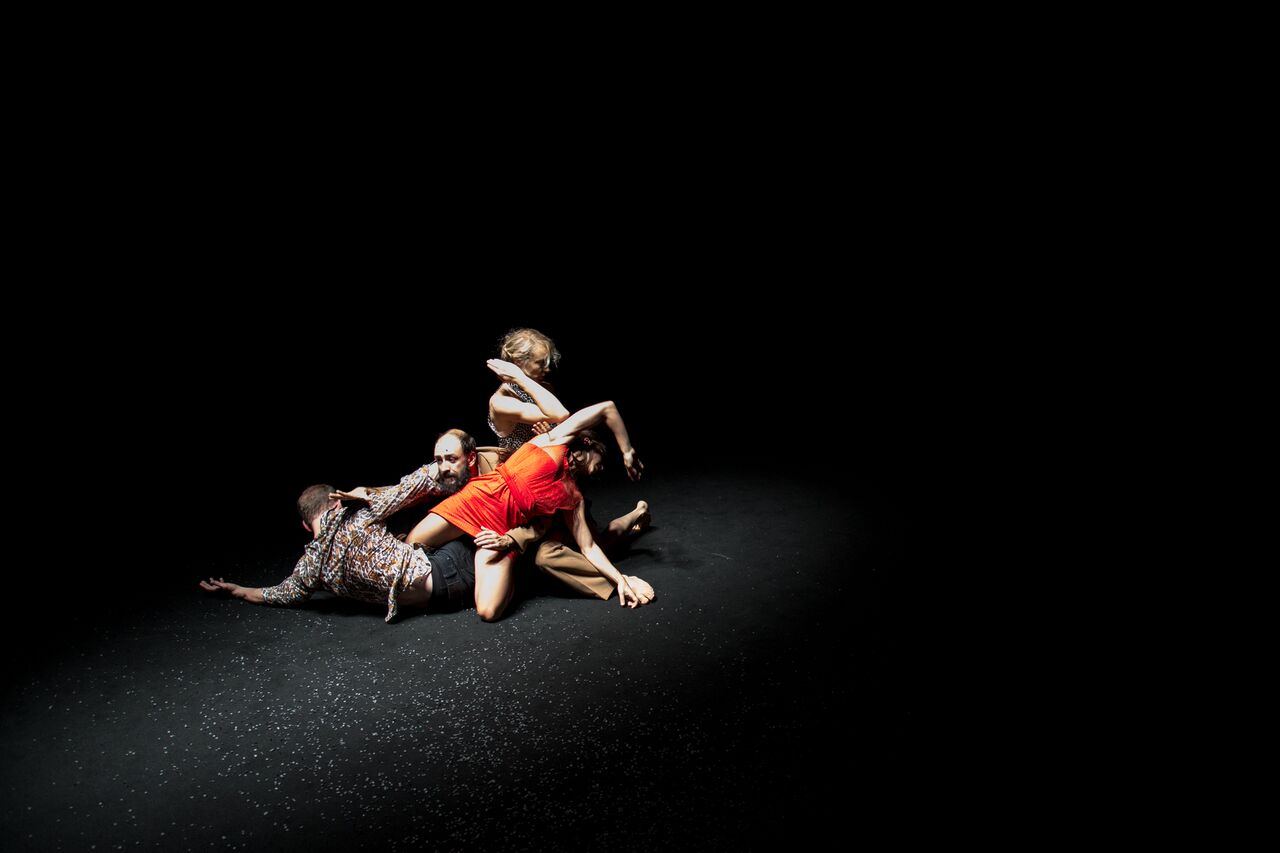