THE FLUID MELTING POT OF CULTURES

A gigantic spinal column blows like grass in the wind, fanning the dancers across the stage. We gaze upon the heart of Tarab, this ductile calligraphy, alive and spreading in the background, now unfolding into two continuous, rhythmic lines of lingering, magnetic agitation. What follows is an uninterrupted choreographic phrase in continual metamorphosis. It avoids accented beats, favoring the transitions between fluid patterns and forms with a certain mysterious quality. In the wake of the sextet Nil (Swiss Dance and Choreography Award 2011) and its effervescent undulation of flowing bodies, Tarabunveils ten dancers in striking combinations. It calls to mind the DNA of our shared humanity as much as the cultural jigsaw puzzle unfurling in the hybrid choreographic grammar of Laurence Yadi and Nicolas Cantillon.

The Oriental-inspired dance with undulating pelvic movements encountered in this piece engages a delicate balancing act with the classic groove across the dance floor, marvelously slowed down and out of sync. The choreographers combine hip movements found in the soul dancing of B-Series, funk, R&B and rock, with lines of liquid, graphic arms. Unbound hands move in a continuous cascade of fluttering fingers, an element which the former masters of tap-dancing and acrobatic dance, the Nicholas Brothers, turned to their choreographic advantage. This is reminiscent of Henri Michaux’sasemic writing, those fleeting figures of evanescent beauty, peculiar and distorted.

In the multiple layers of changing positions, of bodies spinning and coiling slowly upon themselves as if following the drift of a languid flamenco, the piece avoids dramatizing movement. It traces without pause a continuous line of anatomical curves. This hypnotic and limpid line, at once fleshy and ethereal, generates a flow whose source emanates from the young dancers. Transmission is the silt of the work undertaken. We watch these bodies moving again and again in a state at times volatile and diffuse, forming a shifting semi-circle of community which envelopes the soloist, depicting a landscape, an emotion and other often inexpressible sensations. In this respect, Tarab is perhaps the most accurate fulfillment of the vow formulated as far back as Climax (2006)—an orderly progression without rhythmic changes moving towards an always deferred orgasmic plateau. In other words, the infinite renewal of the question of what dance should consist of. The piece gives the audience the liberty to contemplate and to question; we find in these endless spiral movements a nourishment both appeasing and staggering.

True to the festive side of soufi-groovy, Tarab bathes in an atmosphere of vibrating strings which resound in echoes, brought to us by the prodigious jazz and world music guitarist Jacques Mantica. This enveloping sound matrix is sustained by the meandering, muffled tread of layers of bass. We are at the source of “tarab”, a musical emotion evoking an instrumental and expressive chant, like an evocative poem, or a palette of feelings gravitating from a deep interiority to an intense exaltation, a reflection of life in the streets of Cairo. Hence this distant recollection of the melodic and traditional form of quarter tone called maqam which stresses the tie between two movements.
Tarab approaches the realm of trance with the disarming innocence of an adolescent, reaping wholeheartedly the states that it attempts to render simultaneously—rapture and melancholy, concentration and letting go. The choreography takes a musical turn, tuned to the fluctuating strata of low, deep strings which create an echo chamber for the solitude of a gently undulating strand of algae, carried along by the languid twists and turns of its course. This moment of deepening twilight confirms the appeal of Tarab for the intermediary, for that which lies between, and resonates like a promise held by awakened senses, the enticing savor of an encounter to be continued. 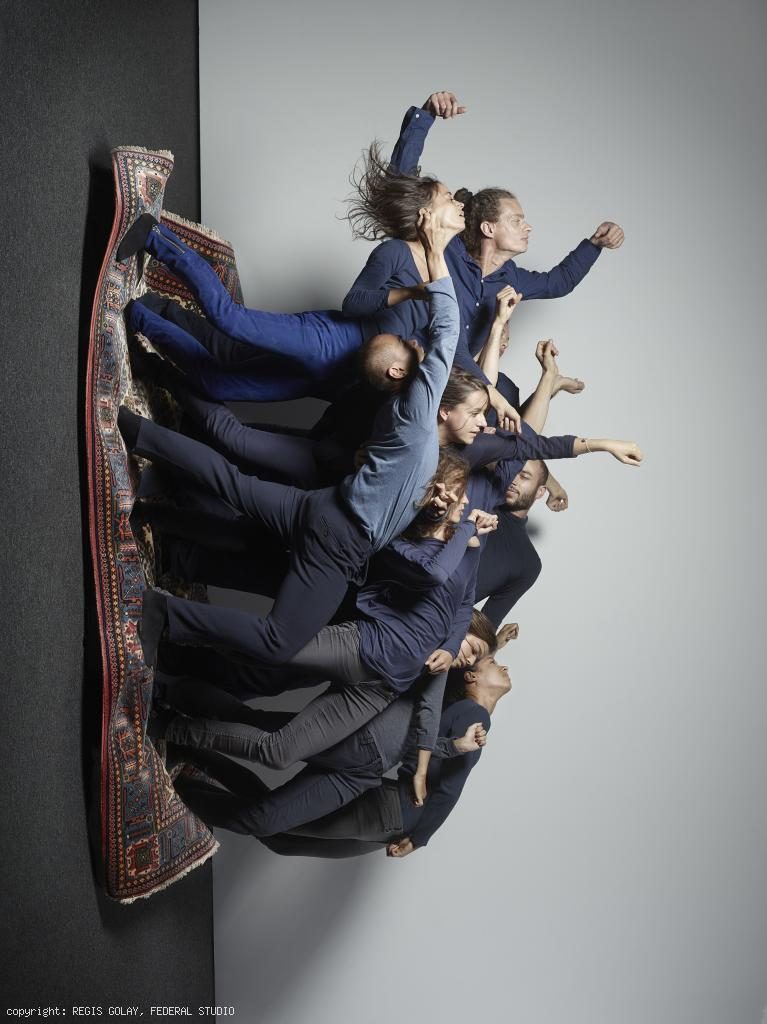 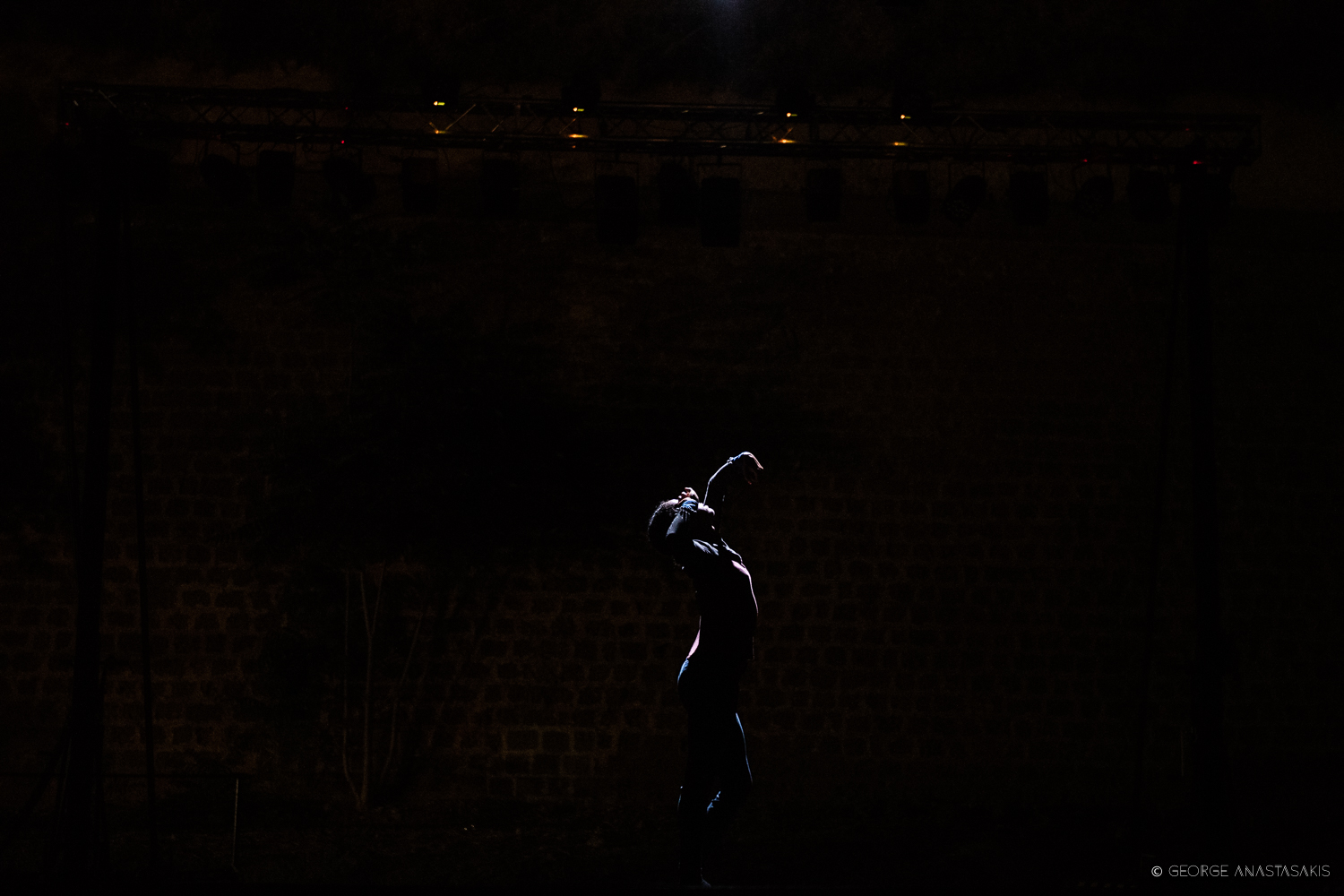 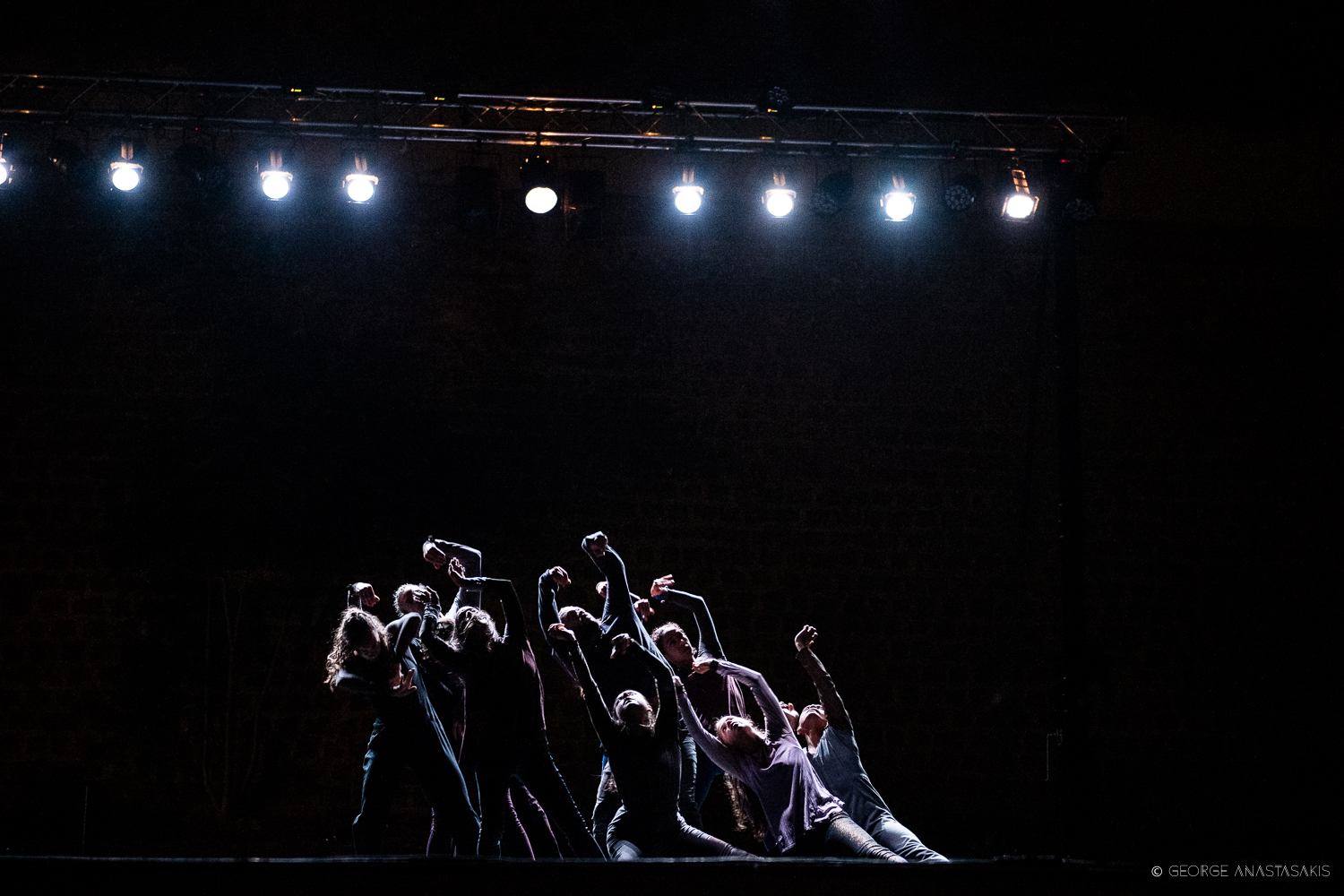 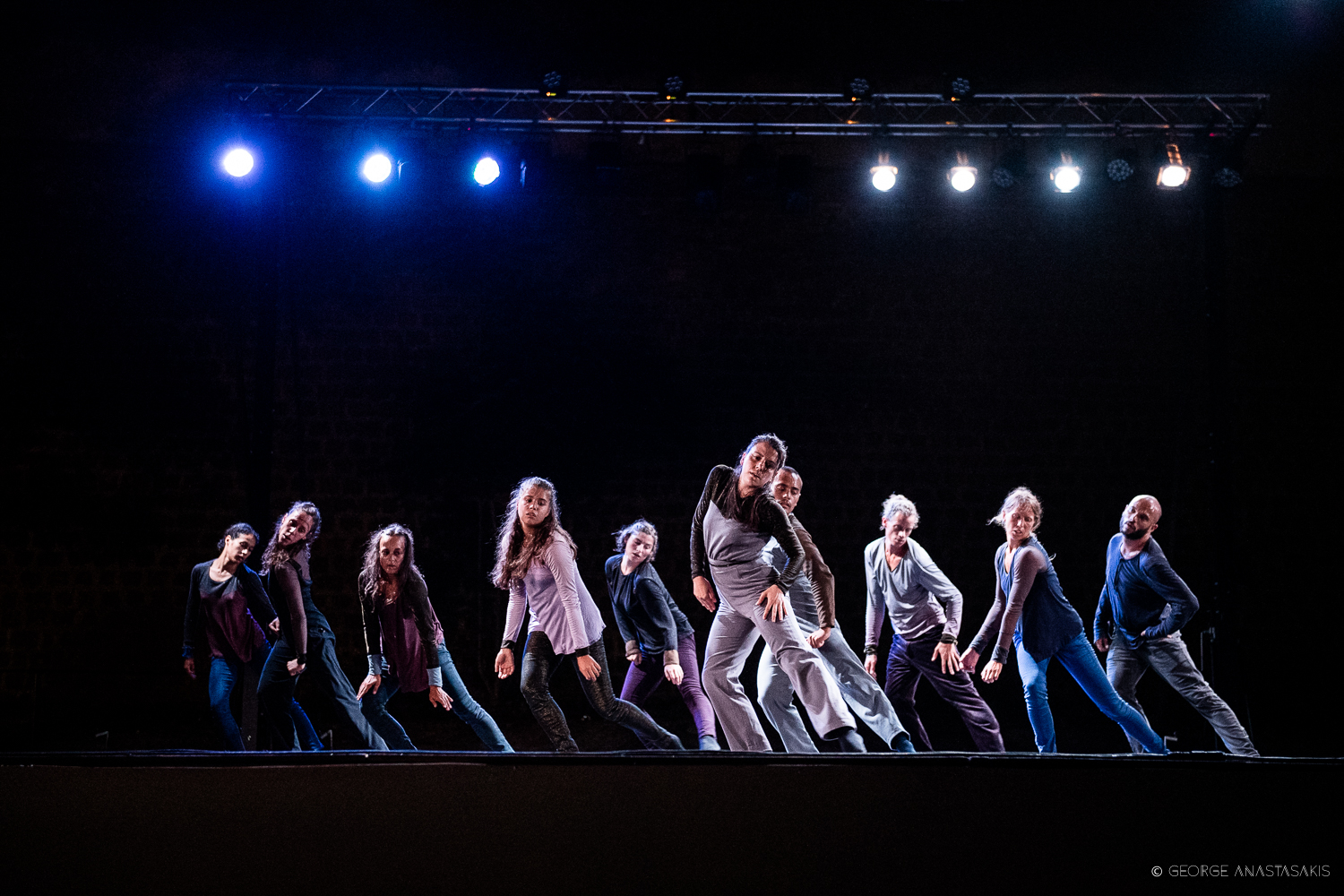 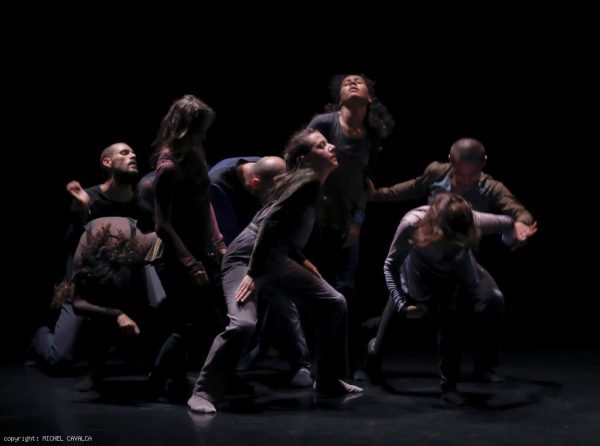 Supported by Fluxum Foundation/ Flux Laboratory, the Embassy of Switzerland in Greece and the French Institute. 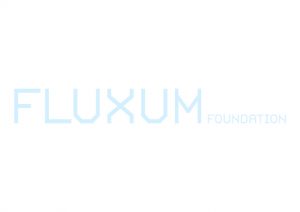 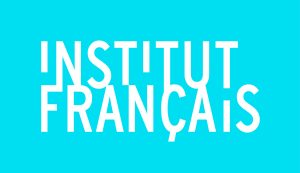 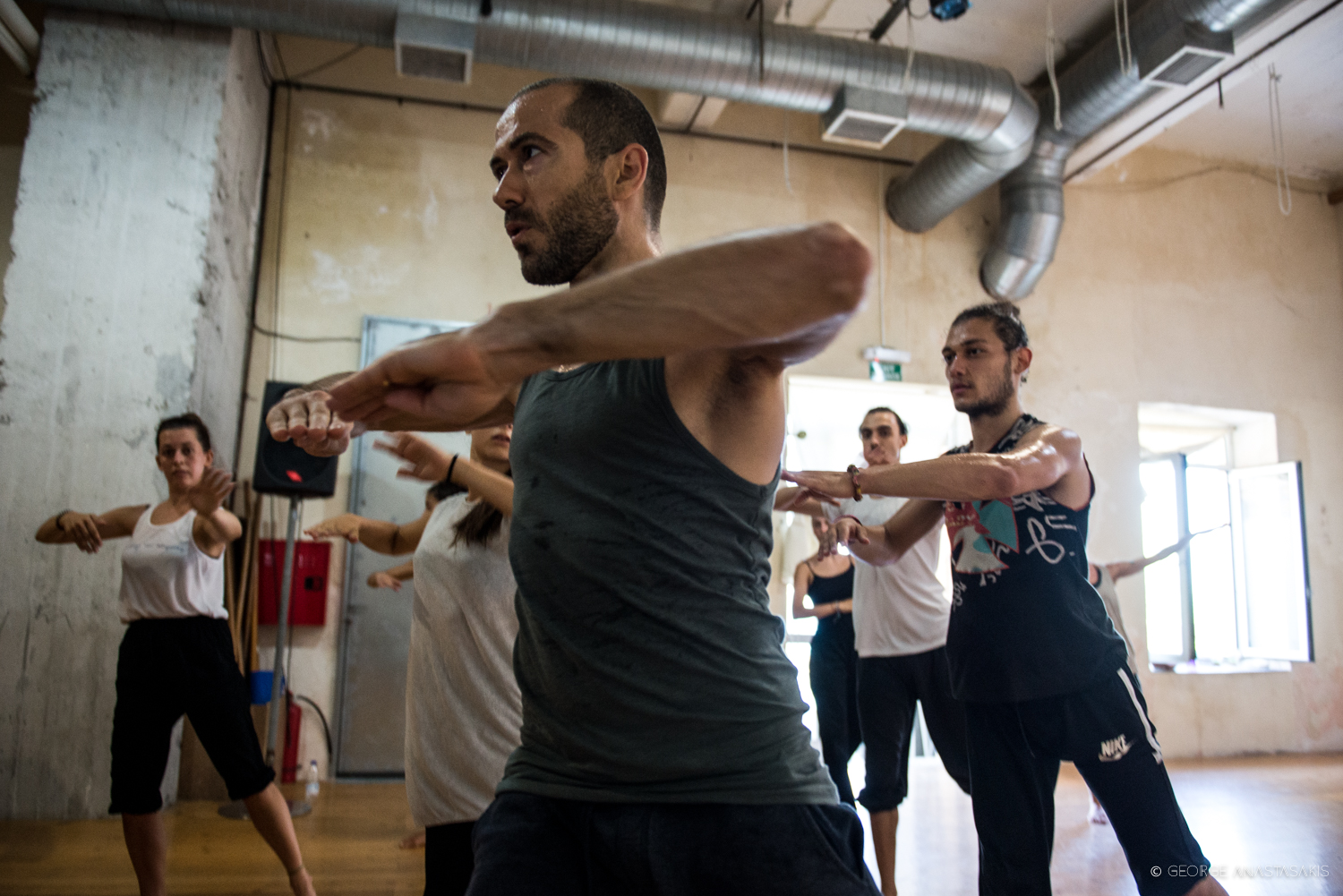