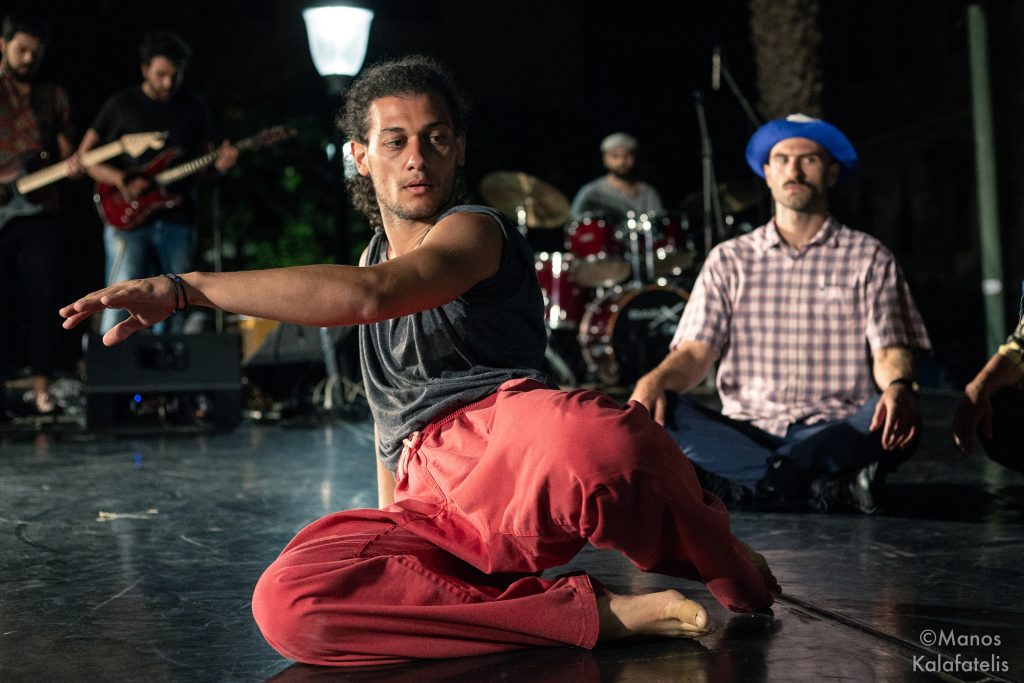 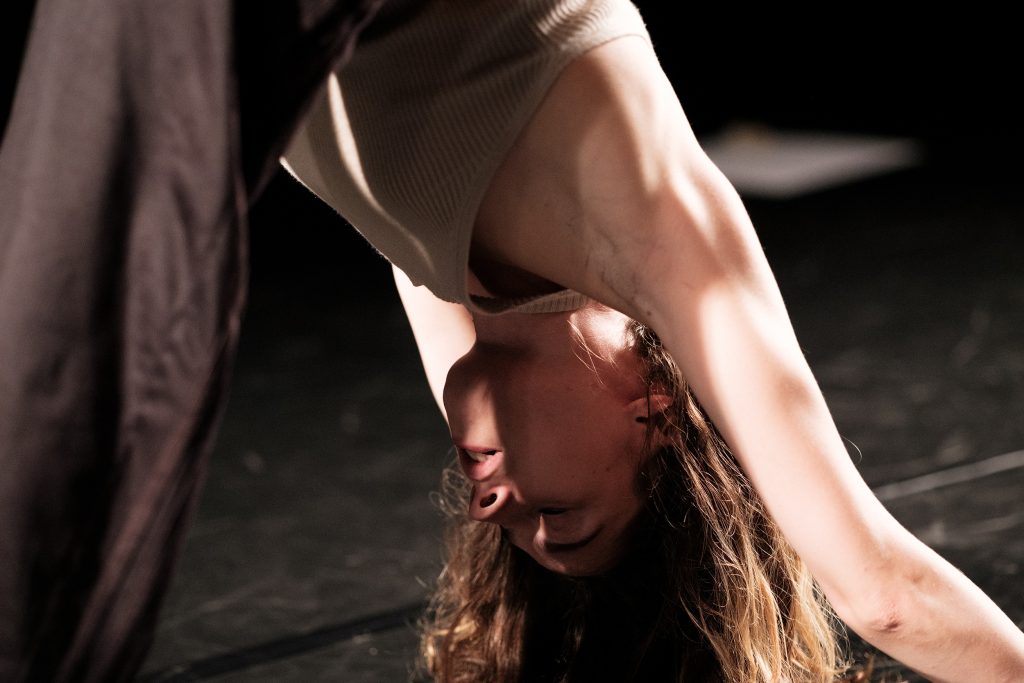 Inventiveness and playfulness inhabit the moving body. Through exercises offered by contemporary dance techniques, bodies will move and interact. Taking our kinetic research for the duet “State Of Limbo” as a starting point, during the workshop we will focus on binary collaboration, trying to push the boundaries of imagination and interaction. Utilizing improvisation tasks we will create our own intersection in space and time.

Christina Skoutela was born and raised in Athens, Greece(1995). In 2016 she graduated from National School of Dance in Athens, and in 2018 she accomplished her studies at the National and Kapodistirian University of Athens in the faculty of Primary Education. Graduated also from the MA in Dance (Embodied Artistic Research) at the Royal Conservator of Antwerp, Belgium, where she conducted her research ‘An Inquiry on the Performativity of Performance OR How to Perform the Performativity of the Word Performance’.

She has participated in various projects as a member of Hellenic Dance Company in the context of Athens and Epidaurus Festival (2015) and in Megaron The Athens Concert Hall (2016). In 2016 she presented her first choreographic piece in the context of Dance Days Chania and Athens Pocket Festival. In 2018 she collaborated with Millicent Hodson &amp; Kenneth Archer for the revival of performance La création du monde by Jean Borlin (1923), and in the same year she presented the performance ANA-STIKSIS, in the context of an exhibition dedicated to Konstantinos Parthenis (curator: Zina Kaloudi), at the National Gallery of Greece. From Spring 2019 she works, also, as movement director in theatrical plays.

In 2021 she was invited as an artist in residence by Between the Seas: Mediterranean Performing Arts, with her collaborator Nikolas Chatzivasiliadis for the creation of their piece In State Of Limbo. In addition, she collaborates with the dancer Sophia Danae Vorvila and their research has been hosted at ZSenne Art Lab in Brussels (2021) and KAAP | BRUGGE (2022), while she continues her personal research focusing on artistic approaches that combine theoretical research with embodied practice.

She is currently member of the production ‘Requiem’ directed by Romeo Castellucci and conducted by Raphaël Pichon. (Vienna, Brussels 2022).

In the theatre he has worked with great directors such as EktorasLigizos, Thanos Papakonstantinou, Anna Makraki, Froso Lytra, Yannis Kakleas and Eleni Parginou. In addition, he participated in the performances of the State School of Dance “Open studio – Black Box”, from 2013 to 2016. Furthermore, he collaborated with the Hellenic Dance Company (“Open Frontiers”, Athens & Epidaurus Festival [2015], Megaron Music Hall [2014], “Fragile Matter-Juxtapose”, Megaron Music Hall [2016], “Tomorrow”, Megaron Music Hall [2016]), with Anastasia Valsamaki (“Sync”, Athens Festival, Aerowaves-Spring Forward (Denmark) [2017]), with Krama Dance Company (“a. m” Art Factory [2017]), with Millicent Hodson & Kenneth Archer (“La Creation du Mode”, Megaron Music Hall [2018]), with Syn-kinisi Contemporary Dance (“Σημείωσις”, Municipal Gallery of Chania [2018]) and with Int.P Dance Co (“Puzzle(D)”, Kinitiras and ARC for Dance Festival 11 [2018]). Also in March 2019 he participated in the performance “Exodus”, by choreographer Athanasia Kanellopoulou, presented at the Roes Theatre in Ramallah Contemporary Dance Festival (Palestine) and Dance Days Chania Festival 9. In 2020, within Dance Days Chania Festival 10 “Young creators in the city”, he participated in the piece by Ioulia Zacharaki “Into the Flux: Jungle”. Furthermore, in 2020, at Arc for Dance Festival 13, he created and presented his first personal work entitled “3 and a HALF”. In 2021 he participated in the performance “As long as the battle lasted”, directed by Eleni Parginou and supported by the Ministry of Education and Sports (BIOS exploring urban culture). At the Patras Art Festival (PAF), in 2021, he presented his personal work, in composition and performance, entitled “- Not now. -But when?”. In October of the same year, he collaborated with Marianna Kavalieratos for the performance “They”, presented at Theater Ranelagh in Paris for Bob Wilson’s 80th birthday. Finally, as part of the residency “Between the Seas: Mediterranean Performing Arts” he presented his collaboration, in composition and performance, with Christina Skoutela, entitled “State of Limbo”.

Nikolas Chatzivasileiadis works as a teacher of Contemporary Dance in various dance studios in Athens and other cities in Greece. 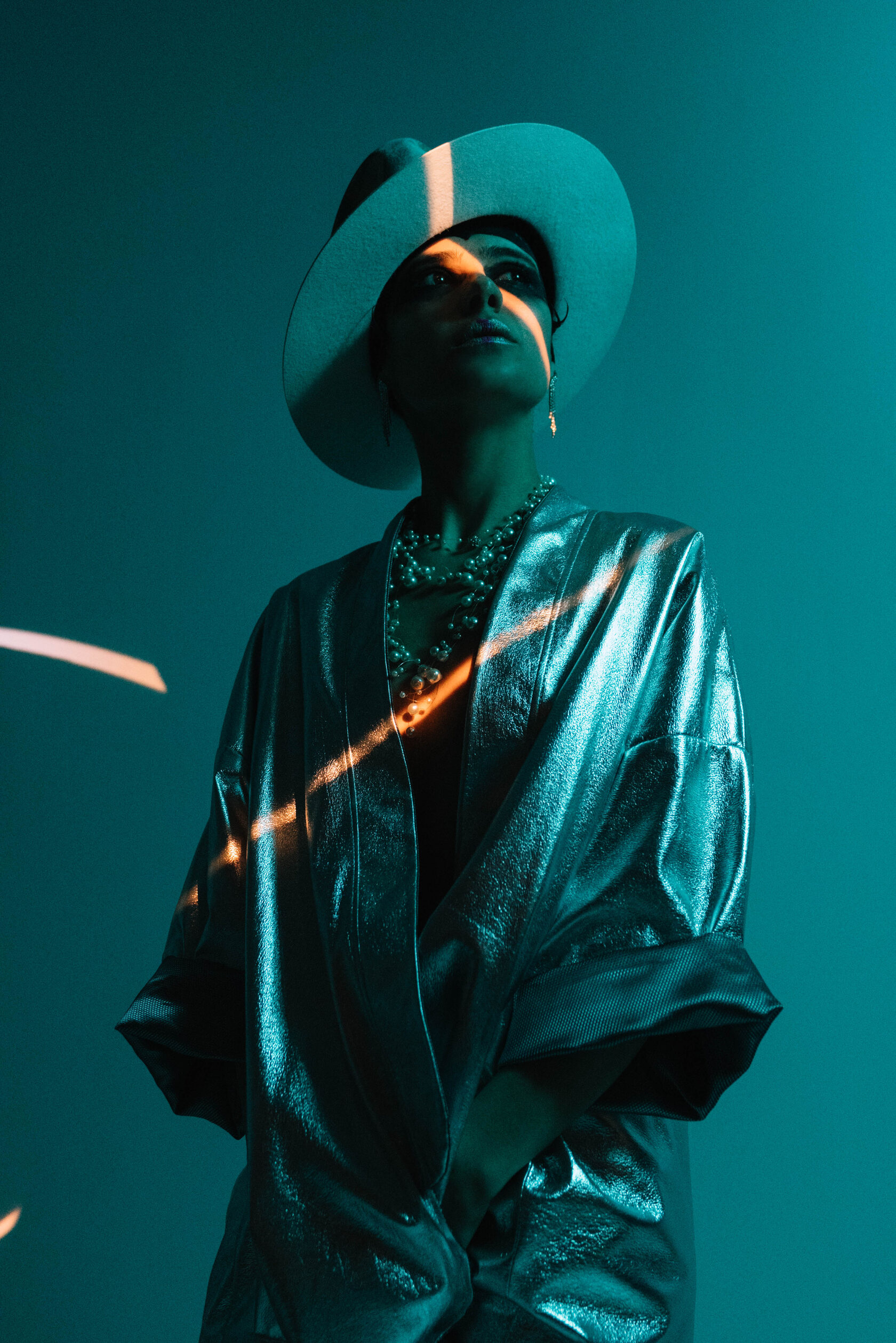